Research undertaken by GUARD Archaeology, published in Scottish Archaeological Internet Reports, has revealed how prehistoric occupation of the Scottish Highlands changed over millennia. GUARD Archaeologists, led by Maureen Kilpatrick, undertook a programme of archaeological work in 2009 and 2010 prior to the construction of a flood-relief channel at Knocknagael Farm, south-west of Inverness, which revealed a series of prehistoric pits, hearths, fire-spots and structural features. Finds included sherds from a Neolithic bowl and a Bronze Age cordoned urn. Palaeo-botanical remains were present in many features and included the carbonised remains of cereal grains. Radiocarbon dating revealed that activity at the site ranged from the seventh millennium BC to the first millennium AD. The archaeological work was funded by Highland Council. 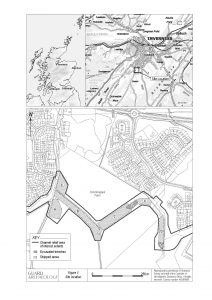 The work here adds to a growing list of prehistoric evidence from Inverness and its surroundings, with the Culduthel Valley particularly rich in archaeological sites. Indeed, the Late Mesolithic date obtained from Knocknagael is one of the earliest from the Culduthel Valley and adds to the growing evidence for Mesolithic activity within this area. While no Mesolithic artefacts were recovered from Knocknagael, the carbonised assemblage suggests the exploitation of local woodland resources for fuel and food.

Pits were the most common feature at Knocknagael, with very few structural remains recovered. Despite this, several of the excavated pits contained material which could suggest that by the early fourth millennium BC, a more settled occupation involving crop and animal husbandry was present. The presence of pottery fragments in several pits may also indicate a more settled form of habitation. However, the actual location of this settlement is unknown at present; the nearest known Neolithic dated building is a Late Neolithic rectangular timber structure at Raigmore. 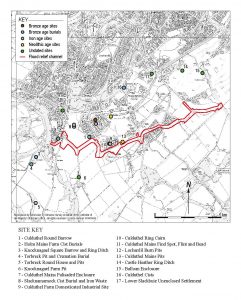 ‘Isolated pits and pit-clusters are a common feature on archaeological sites, and are often the only evidence of early settlement,’ said GUARD Project Officer Maureen Kilpatrick who led the fieldwork. ‘They have been described as either domestic in function or as a means of ritual (structured) deposition. More recently, however, it has been suggested that even domestic actions can have ritualistic connotations and that their use can be interpreted as neither wholly ceremonial nor completely mundane. Pit deposition may have been used as a means of creating memory at a location of importance over a long period. This prolonged association is highlighted by the fact that at Knocknagael, the features encompassed a wide range in date from the Mesolithic through to the Iron Age, suggesting the re-use of the site over millennia. This similar re-use of a site was also found at the Neolithic pit-alignment site at Eweford in East Lothian, where activity spanned several centuries, suggesting that places were revisited and repeatedly modified by individuals.’ 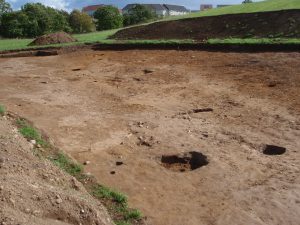 The absence of any obvious structural features may suggest that more permanent occupation was located elsewhere within the wider locale. Pit-clusters are often found alongside other features including hearths and post-holes, which is comparable to Knocknagael. However, by the Iron Age it seems that the main focus of settlement was located to the immediate east, at Culduthel Farm where a number of large roundhouses with both domestic and industrial functions have been excavated. The analysis of the archaeological features at Knocknagael Farm nevertheless revealed that the Culduthel Valley was populated from as early as the seventh millennium BC, with evidence suggesting that more settled occupation was present from the fourth millennium BC onwards. 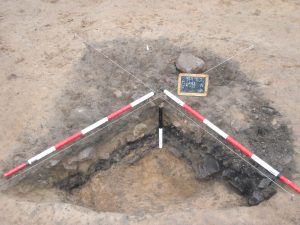