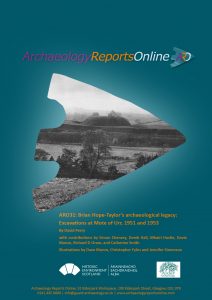 The results of Brian Hope-Taylor’s excavation of the Mote of Urr, undertaken 65 years ago, have now been published in GUARD Archaeology’s publications journal ARO. Excavations at Mote of Urr, near Dalbeattie in Dumfries and Galloway were undertaken in 1951 and 1953. The earliest phase of occupation comprised the construction of the motte-and-bailey castle and its destruction by fire, after which a large central stone-lined pit for an oven, furnace, kiln or beacon was dug. The pit continued in use when the motte was heightened and enclosed by a clay bank and palisade during a second phase of occupation. In its final phase, when the motte was heightened again, a possible double palisade enclosing the summit of the motte was found. 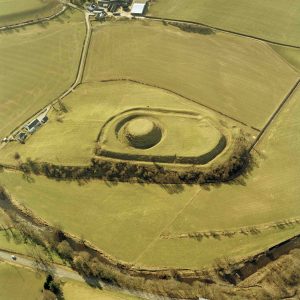 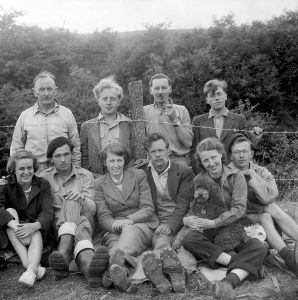 The Mote of Urr excavation team. Brian Hope-Taylor is in the back row, second from the left © Historic Environment Scotland

‘Brian Hope-Taylor was a charismatic and perspicacious scholar, though like some other archaeologists he did not find it easy to write up the results of his excavations for final publication,’ said Professor Barbara Crawford of the University of St Andrews and University of the Highlands and Islands. ‘It is therefore with appreciation of Brian Hope-Taylor’s skills as a teacher and more particularly as an excavator of important medieval sites in northern England and southern Scotland that I welcome this publication. It will advance our understanding of these impressive mounds in the landscape and perpetuate Hope-Taylor’s legacy in exploring such lordship sites.’

The full results of this research, which was funded by Historic Environment Scotland, ARO31: Brian Hope-Taylor’s archaeological legacy: Excavations at Mote of Urr, 1951 and 1953 by David Perry with contributions by Simon Chenery, Derek Hall, Mhairi Hastie, Davie Mason, Richard D Oram, and Catherine Smith is freely available to download from the ARO website – Archaeology Reports Online.