After the fire: historic building recording of Argaty House

A programme of historic building recording and an archaeological watching brief were required prior to the refurbishment of Argaty House at Doune in Stirlingshire after destruction by fire. These works were undertaken by GUARD Archaeology Limited in November 2011 on behalf of the private owners of the property.

The archaeology and historic building recording works carried out at Argaty House formed one component in an overall heritage management strategy. The other components, namely the history and architecture of Argaty House, were developed by Peter Drummond Architects. This work in partnership completed the first step towards an integrated heritage management strategy that would highlight key features, create a record of the resource and set out the most appropriate way forward for the development Argaty House.

The house is broadly divided into three wings: east, west and south. The rooms within these wings were identified by their use in the early twentieth century. A written record of all the buildings was made by annotating drawings with further comments on condition, construction, phasing and function, materials and architectural and industrial detail.

The drawn record at Argaty House consisted of an exterior elevation survey of parts of the building where additional information was required and also enhanced detail drawings of selected internal elevations. The survey was carried out using a reflectorless REDM Leica TCR407 with additional hand measurements taken where necessary. This enabled a series of plans and elevations to be compiled showing the phased development of the building.

A general photographic record was made using a 35 mm single lens reflex digital camera of the exterior and interior of the house in colour digital format. The exterior views were taken in a general context, although photographs were also taken of each elevation. In addition to this, detail shots were taken of specific features, such as examples of doors, windows, blocked openings, chimneys, columns and roof detail, architectural detail, and evidence for phasing and function. Internally, each building was photographed in general views, and each room or internal space was represented by at least one photograph.

The results of the building recording survey suggests the presence of two predecessor structures on the site of Argaty House: a pre-nineteenth century building located in the southern wing and a separate early nineteenth building within the eastern wing. Both of these had subsequently been modified and subsumed into the remains of Argaty House, which went through major alterations during the mid-nineteenth and first half of the twentieth century.

An archaeological evaluation was subsequently carried out by GUARD Archaeology within the footprint of the building, which revealed mortar and flagstone floor surfaces and truncated walls associated with the two earlier structures. These works together formed a supporting statement for the planning application for the re-development of Argaty House. 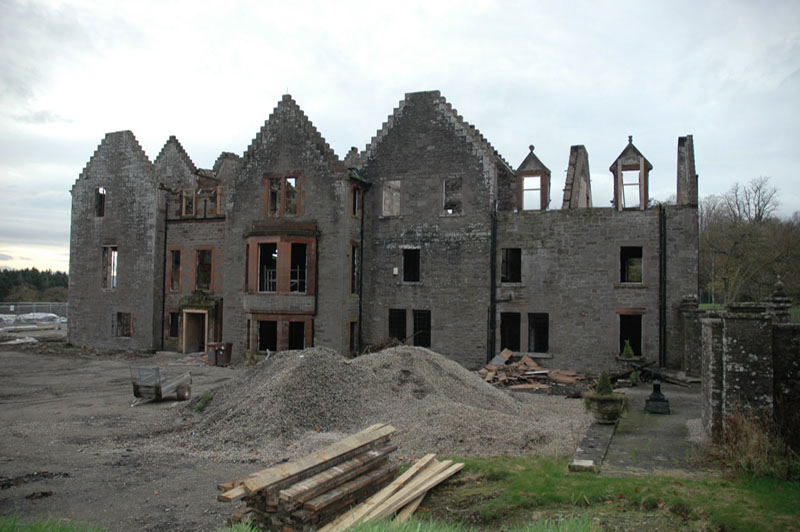 East facing elevation of the east wing of Argaty House 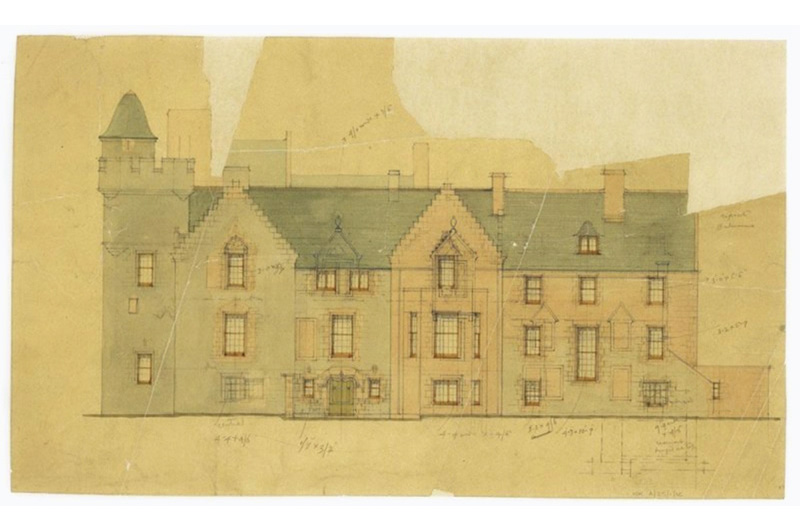 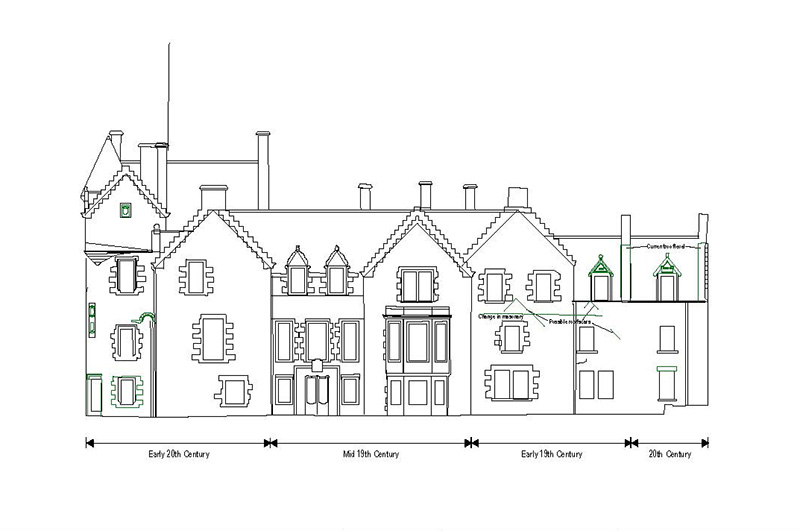