In the Shadow of Dun da Lamh: An Archaeological Evaluation near Spey Dam

An archaeological evaluation at Spey Dam near Laggan was undertaken in 2011 by Alan Hunter Blair of GUARD Archaeology. The work was required as a condition of planning consent for the development of a site compound area for Balfour Beatty Utility Solutions Ltd, due to the proximity of archaeological remains such as the site of St Michael's Chapel and the deserted township of Crathie.

The trial trench evaluation encountered a number of archaeological features. A clearance cairn was identified towards the north-western part of the development area, while towards the south-east (in evaluation trench 7), a deposit containing a good quantity of burnt faunal bone and charcoal, possibly representing the remains of a hearth, was encountered next to the ruinous remains of a dry stone structure.

Subsequent analysis of a soil sample taken from the hearth material found only alder and birch charcoal, with some indeterminate bark. There was nothing distinctive about the assemblage that could suggest a possible date, although the material is consistent with general hearth waste. A single fragment of alder charcoal was radiocarbon dated to 790–510 cal BC, indicating that the remains of the hearth originate in the early Iron Age.

Following the discovery of the hearth remains and dry stone structure, it was agreed with the Highland Council Archaeologist that all ground-breaking works be excluded from a 10 m buffer zone around this specific location. Instead the access road foundations were raised above the present ground surface allowing these archaeological remains to be preserved in situ, and negating the need for further archaeological excavation. Nevertheless, the discovery that these remains date to the early Iron Age is significant for future development of greenfield land in Badenoch and Strathspey, where relatively few Iron Age settlements are recorded. For while the most visible remains of Iron Age settlement within the vicinity of the site was the stone walled fort of Dun da Lamh, some 670 m to the south on the summit of Black Craig hill, the hearth remains and probable associated dry stone structure encountered during the evaluation indicates that other Iron Age settlements may lie buried within the lower-lying regions of the glen.

The full result of this research, ARO2: In the Shadow of Dun da Lamh: An Archaeological Evaluation near Spey Dam, Laggan, was published in 2013 and is freely available to download from the Archaeology Reports Online (ARO) website - www.archaeologyreportsonline.com 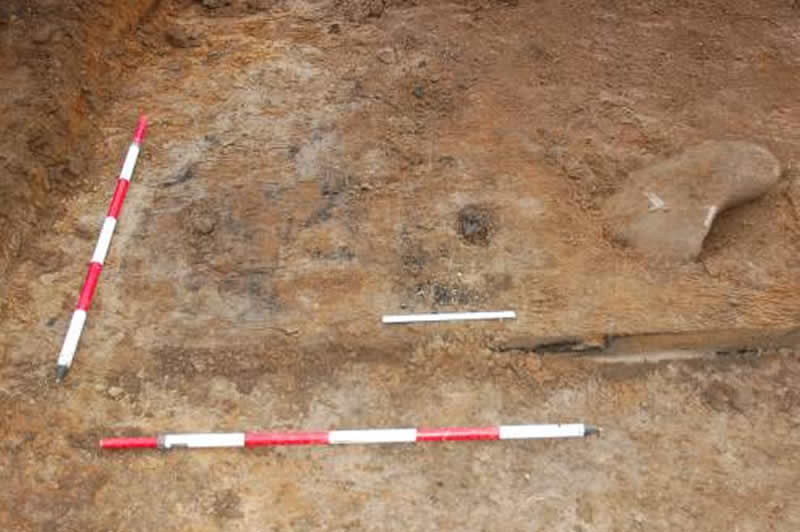 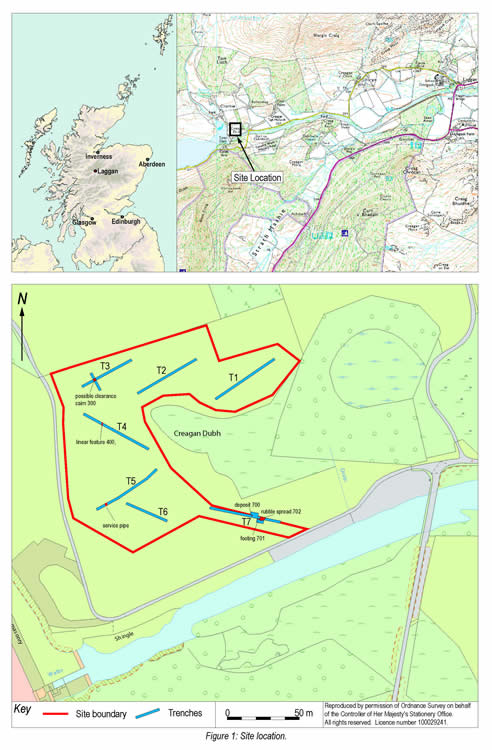 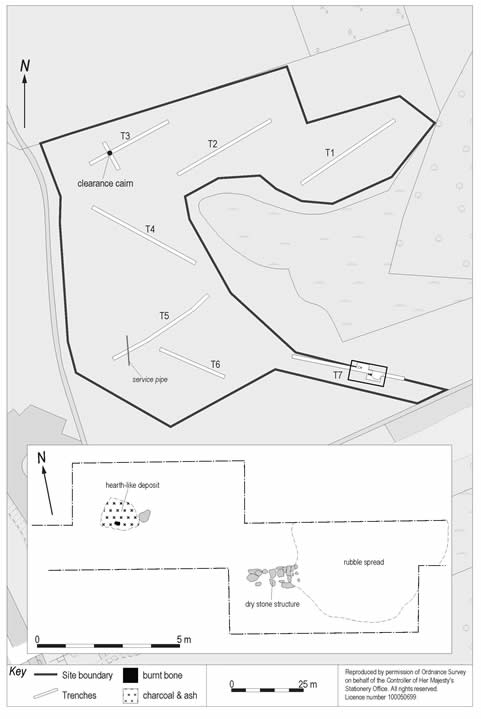 Archaeological evaluation of the site compound area at Spey Dam near Laggan, showing the archaeological features encountered in Trench 7