Paying the Ferryman: an archaeological watching brief at Lennel Church

An archaeological watching brief was undertaken by Iraia Arabaolaza of GUARD Archaeology in March and April 2011 during emergency stabilisation works by Scottish Borders Council to the bank of the River Tweed at Lennel Churchyard near Coldstream.

The watching brief encountered five articulated human skeletons, all buried in an extended supine position with the head towards the west, consistent with traditional medieval and post-medieval Christian burial practice. The watching brief also encountered numerous disarticulated bones and associated grave furniture. The most significant find was a well worn Scottish Copper Farthing, which was found on the forehead of a disarticulated skull. The coin was identified as a copper farthing of James III, issued c.1466-70, an example of the later fifteenth century Scottish copper 'Black Money' and confirmation that Lennel Churchyard was used for burial in the late fifteenth or early sixteenth century. Staining on the skull suggested that the coin had been originally placed there during burial and may indicate that the tradition of paying for the afterlife passage of souls was practised in the Scottish Borders at this time.

The full result of this research, ARO1: Paying The Ferryman: An Archaeological Watching Brief At Lennel Church, Coldstream, was published in 2013 and is freely available to download from the Archaeology Reports Online (ARO) website - www.archaeologyreportsonline.com. 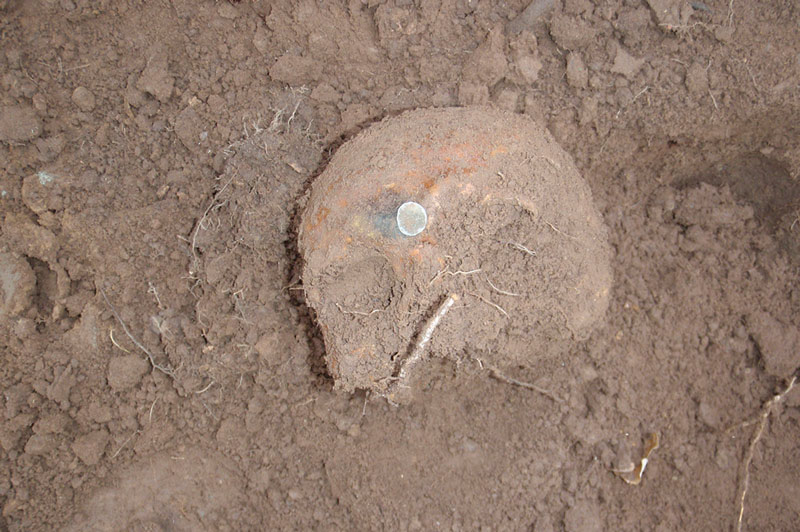 Disarticulated skull with coin in situ 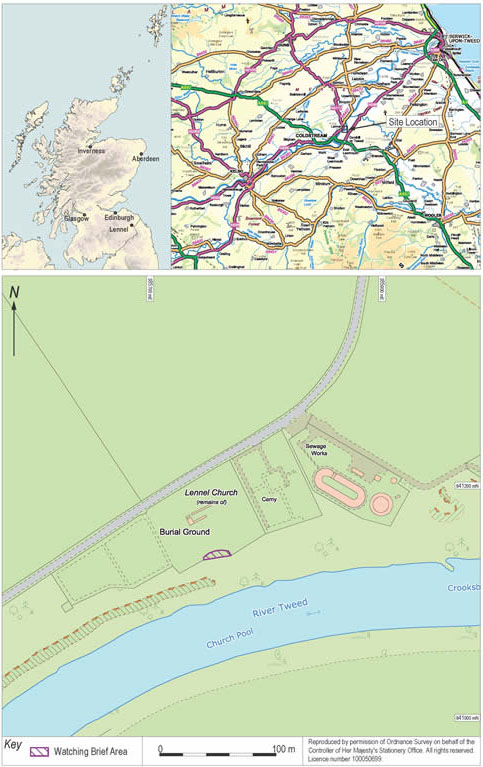 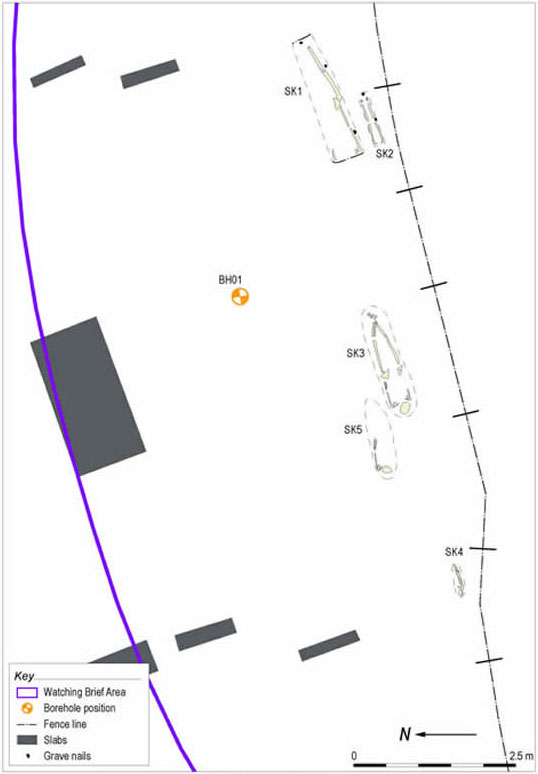