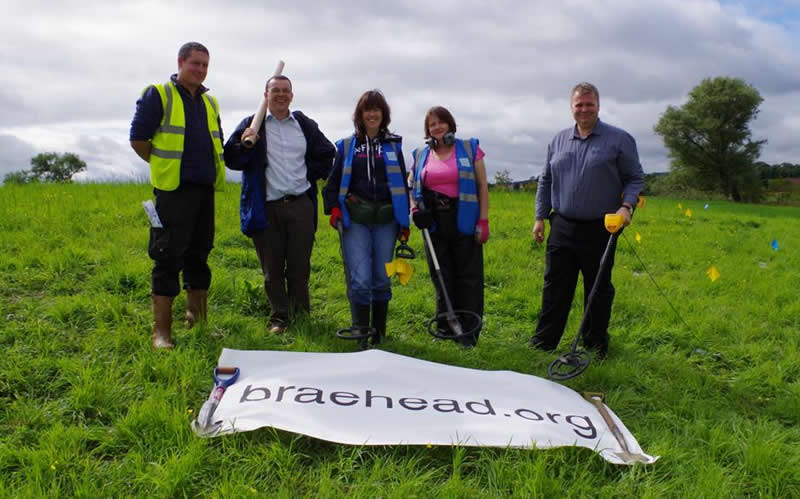 As part of a new community archaeology project investigating another part of the battlefield of Bannockburn, GUARD Archaeology are looking for volunteers to get involved in a Bannockburn Battlefield Archaeological Dig next week!

On Friday 13th and Saturday 14th September a team of archaeologists and metal-detectorists will be hunting for more archaeological evidence for the battle of Bannockburn on a site earmarked for a community garden at Braehead in Stirling.

Organised by the local Community Council, we want as many people as possible from both the Braehead Community and further afield will come along and try their hand at metal detecting or to help the GUARD Archaeologists dig test pits and see what secrets the ground holds.

Only a fraction of the Bannockburn battlefield has been surveyed and surprisingly, very few medieval artefacts have ever been found.

As Braehead Community Council Chairman Chris Kane said, 'We know that the English army were camped very close to our community garden site so you never know, Edward II might have dropped some royal jewellery before heading into battle!'

This is an exciting way to find out more about Breahead's history through its archaeological artefacts. All volunteers will be supervised by experienced GUARD Archaeologists and guided in hand excavation, finds discovery and identification, recording of discoveries and dating of artefacts (if you find any!).

Even if you don't live in the Braehead area, you can still get involved.