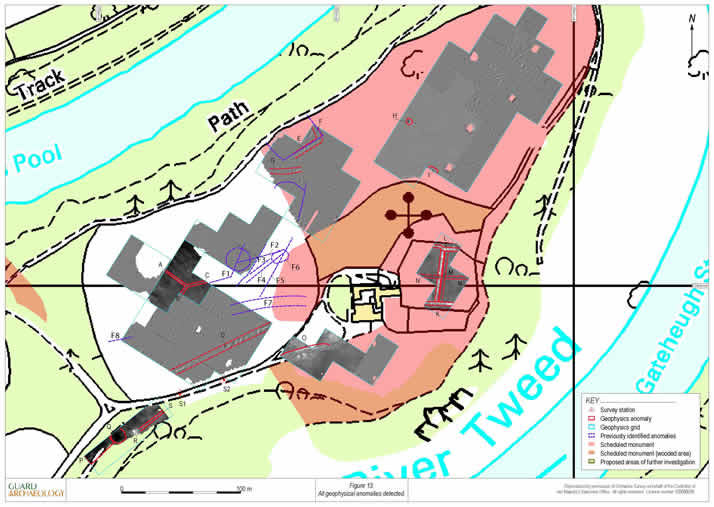 GUARD Archaeology recently led a community archaeology project investigating the site of the early medieval monastery at Old Melrose in the Scottish Borders.

The site of Old Melrose is associated with an early Christian monastic community that may have been founded in AD 635 by St Aidan, the first bishop of the Kingdom of Northumbria. The monastery is most closely associated with one of its priors, St Cuthbert, who is believed to have been a local Briton. The monastic community survived an episode of burning, carried out by Kenneth MacAlpin, King of the Scots, in the mid-ninth century, before the monastery was abandoned in the eleventh century. A chapel was later built on the site by the Archbishopric of Durham. An earthwork at the neck of this promontory site is thought to be the remains of the monastery vallum.

Geophysical surveys carried out at Old Melrose since 2001 indicate that there is strong evidence for the survival of sub-surface remains associated with the earlier use of the site. While no definitive evidence for the locations of the monastery and chapel were found in 2013, the new surveys do indicate the presence of anomalous features that require further intrusive investigation in order to clarify their nature, date, function and significance. There are now a number of archaeological features, largely of as yet unknown date, located at Old Melrose, which may relate to the historically significant early medieval monastery that once stood here.