To mark the 699th anniversary of the Battle of Bannockburn (23 and 24 June 2013), the National Trust for Scotland's "Big Dig", supervised by GUARD Archaeology, took place over the weekend of 22 and 23 June.

Looking to shed new light on one of Scotland's biggest historical mysteries, the exact site of the Battle of Bannockburn, 250 local volunteers took part in the mass community archaeology project to search for clues as to where elements of the 2-day-long battle took place in 1314.

Five families also lent their back gardens to the project as test pits, allowing a search for objects lost during or after the fighting in 1314 in areas previously unsearched. The homes covered the areas of Braehead, Broomridge, Hillpark and Milton which had been determined by experts to be of the most interest in exploring the battle.

All volunteers were supervised by a team of experienced GUARD Archaeologists led by Warren Bailie and guided in hand excavation, finds discovery and identification, recording of discoveries and dating of artefacts.

And their hard work paid off with discoveries of 13th and 14th century pottery and metalwork, which with further specialist analysis may make a significant new contribution to how the battlefield of Bannockburn is understood.

'That was the most rewarding dig I have ever been involved with,' said the GUARD Archaeology team leader Warren Bailie, 'From primary kid to pensioner all left with an even bigger smile than they came with today.'

As Stuart Jack, one of the volunteers, also said, 'Could I thank all the GUARD team for a brilliant weekend at Bannockburn. It was my first time experiencing a dig and I had a great time. If you could add me to your mailing list, I would be more than willing to volunteer again!'

The Big Dig is part of the on-going Battle of Bannockburn Project being undertaken by the National Trust for Scotland in association with Glasgow University's Centre for Battlefield Archaeology, Stirling Council, GUARD Archaeology Ltd and BBC Scotland.

Some elements of the work were filmed as part of a special two-part BBC Scotland series presented by Neil Oliver and Dr Tony Pollard, which will go out in spring 2014 to coincide with the 700th anniversary of the battle. This is the first time that the duo have been reunited since the BBC series "Two Men in a Trench".

The 699th anniversary marks one year to go until the new state-of-the-art Battle of Bannockburn visitor centre will officially be opened to the public, and the National Trust for Scotland's 3-day re-enactment event will take place over the weekend of 28-30 June 2014. 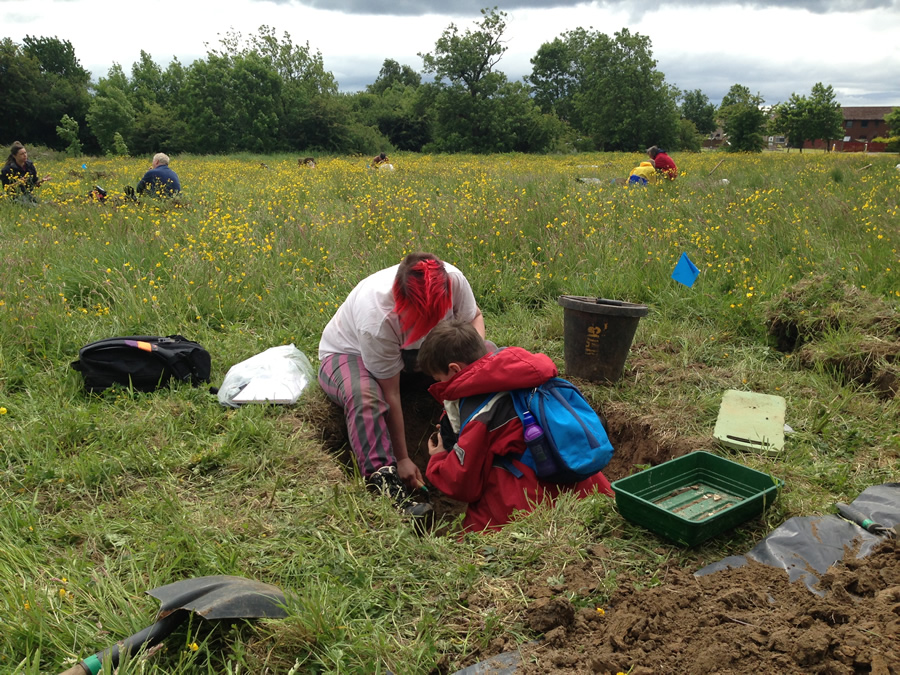 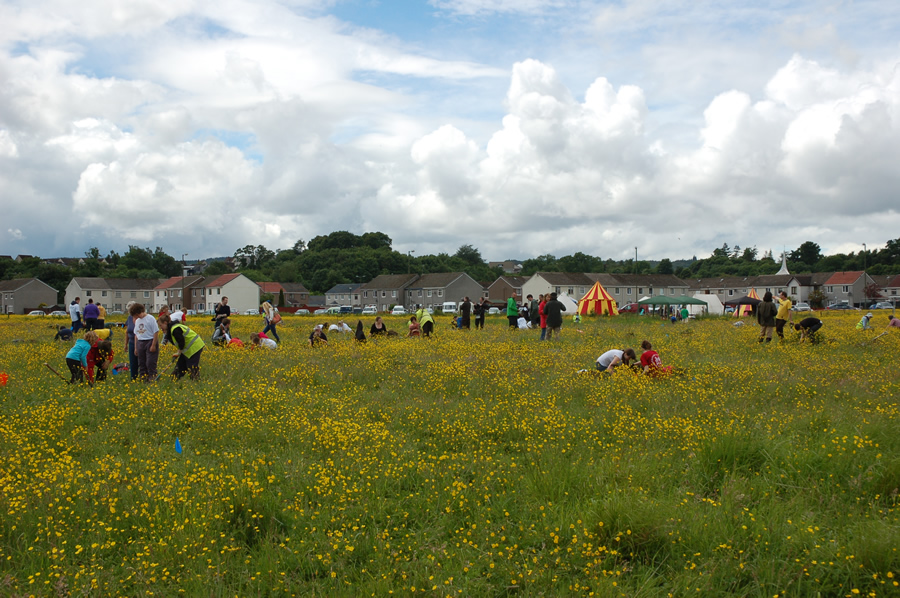