In March 2012, a GUARD Archaeology team, led by Maureen Kilpatrick, undertook a rescue excavation when a cist was inadvertently disturbed during landscaping works following the construction of an access track through Cullaird Wood in West Torbreck, south-west of Inverness. The cist, which was capped with a small cairn, contained the remains of a crouched inhumation burial, whose grave goods included seven fragments of flint and a plain Beaker vessel. The burial appeared consistent with a period of use in the early Bronze Age, which has recently been confirmed by radiocarbon dating of 1982-1889 cal BC provided by a sample of the human bones.

The cist at West Torbreck is located within an area rich in prehistoric remains, many of which have only been discovered within the last few years, primarily due to development associated with the expansion of Inverness. Post-excavation analyses by GUARD Archaeology Ltd reveals that the cist at West Torbreck is a type of burial common in the Early Bronze Age and several examples exist within the area of southwest Inverness which due to the high level of prehistoric remains, appears to have been an important area for prehistoric groups from early times. Despite the use of cists spanning a period of at least 300 years, many similarities exist such as location, orientation of burial and material used, suggesting that local traditions may have existed which continued over many decades.

However, pottery vessels are not always included in cists. In this case the Beaker found in the West Torbreck cist was part of the burial rites and its function was to accompany the individual to the afterlife. Post-excavation analysis by Beverley Ballin Smith revealed that the unusual aspect of the West Torbreck Beaker is that it is undecorated. Although a few others have been found in north-east Scotland they are generally rare in Scotland and rare across Britain as a whole. As a relatively rare type of vessel, this find gives weight to the importance of the region and its close links with the River Ness, and possibly the North Sea region beyond.

Maureen, who is one of GUARD Archaeology's Osteoarchaeologists, undertook post-excavation analysis of the human bones recovered from the cist and discovered that these were the remains of an adult female individual who had attained the age of 40 - 44 years at death. Dental disease in the form of periodontal disease and a peri-apical cyst were present and are probably symptomatic of poor oral hygiene and are probably secondary to the moderate dental wear observed on most of the teeth. Both the right and left femurs appeared quite robust with fairly prominent muscle attachments suggesting that the individual probably led a physically active lifestyle.

The full results of this research, which was funded by Historic Scotland under the terms of their Human Remains Call-Off Contract, ARO8: A Highland Funeral: Portrait of an Early Bronze Age Beaker Burial at West Torbreck, south-west Invernesshas just been published and is now freely available to download from the Archaeology Reports Online (ARO) website - www.archaeologyreportsonline.com. 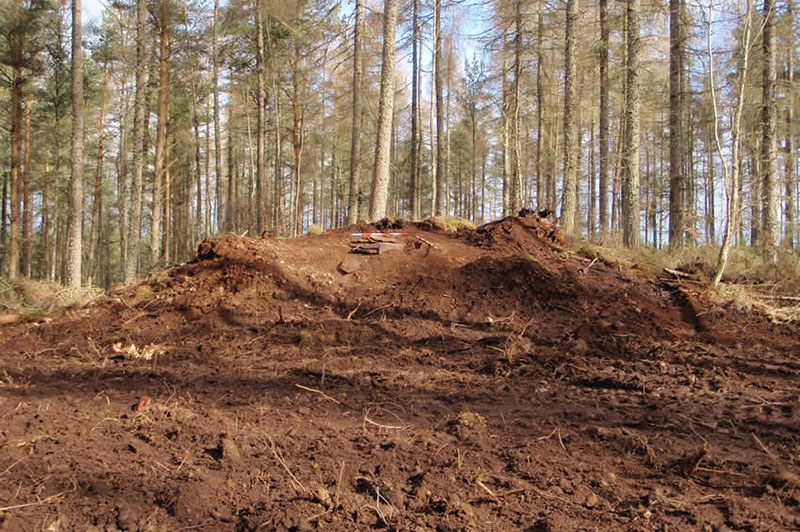 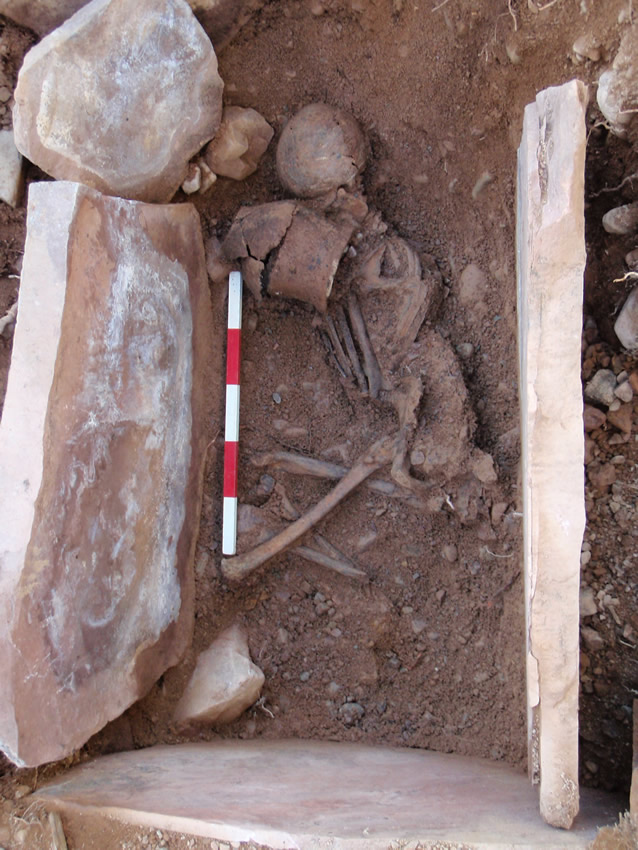 Inhumation and vessel in the cist 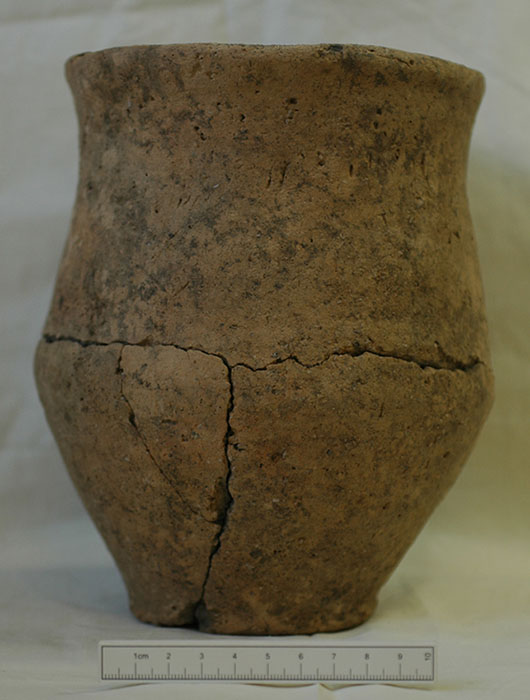