A desk-based assessment carried out in 2011 by Bob Will of GUARD Archaeology found that Kilallan parish church, which was dedicated to St Fillan, was one of the parish churches given to the monastery of Paisley on its foundation about AD 1169 by Walter the High Stewart. A thirteenth century charter states that Paisley Abbey had been assigned the revenue from Kilallan church as well as that from a number of other parish churches in the surrounding area and beyond including Houston, Kilmacolm and Kilbarchan. The system of parishes and parish churches that survives in use today was established between the 11th-13th centuries and Kilallan was one of the earliest of these parishes.

It was last used as a parish church in 1771, the parish having been united with Houston in 1760. After this the church like many others at the time remained in use for burials in this instance the family of the Flemings of Barochan and the earliest surviving grave stone in the Barochan Aisle is for Malcolm Fleming in 1819. The use of the church by the Flemings may have been a continuation of an existing tradition of patronage going back to the medieval period. Certainly there are historical references to the Flemings of Barochan as witnesses to charters in the reign of Alexander III (1249-86) and were active in the affairs of state throughout the medieval period.

A churchyard survey was carried out in 2007 and identified 57 graves within the church and churchyard dating from the seventeenth and eighteenth centuries. A probable 13th century tombstone was uncovered during work in the churchyard in 1962. The stone is located to the west of the churchyard to the south of the doorway into the church.

The new geophysical survey and grave recording survey was carried out by GUARD Archaeology Project Officers Christine Rennie, Iraia Arabaolaza and Fiona Jackson with the help of local volunteers. An additional training day was also held at the Glasgow office of GUARD Archaeology to explain the processing of the geophysical data gathered in the field and how to use GIS.

Even though the information gathered from the graves was limited due to their condition, two additional possible grave footings and a grave monument were identified during the course of the new fieldwork.

The geophysical surveys at Kilallan Kirk have proved that some structural elements of an earlier kirkyard survive as sub-surface remains. Two circular or sub-circular walls/infilled ditches (Anomalies A, B and C) were successfully recorded, and may represent two earlier phases of use on the site. Without intrusive investigation, it is not possible to state which of these two features is the earlier. The survey also identified three possible areas where unrecorded burials are located. One of these (Anomaly D) appears to be a single plot, and the remaining two (Anomalies E and F) may contain multiple burials. 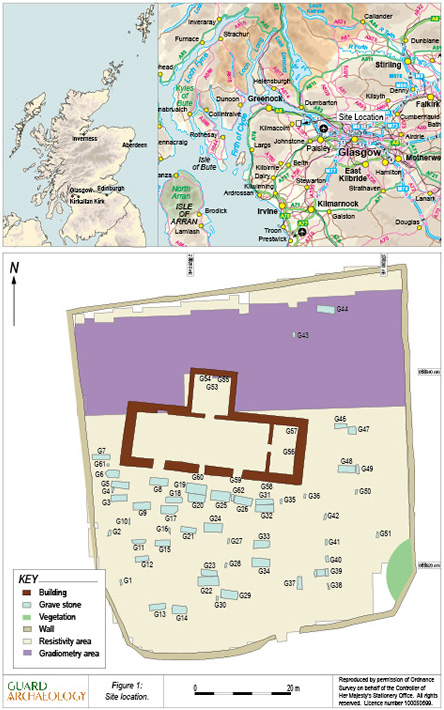 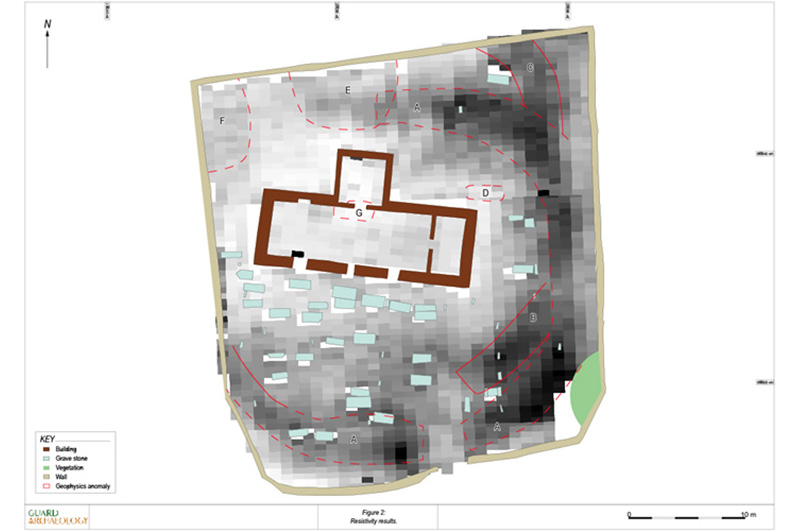 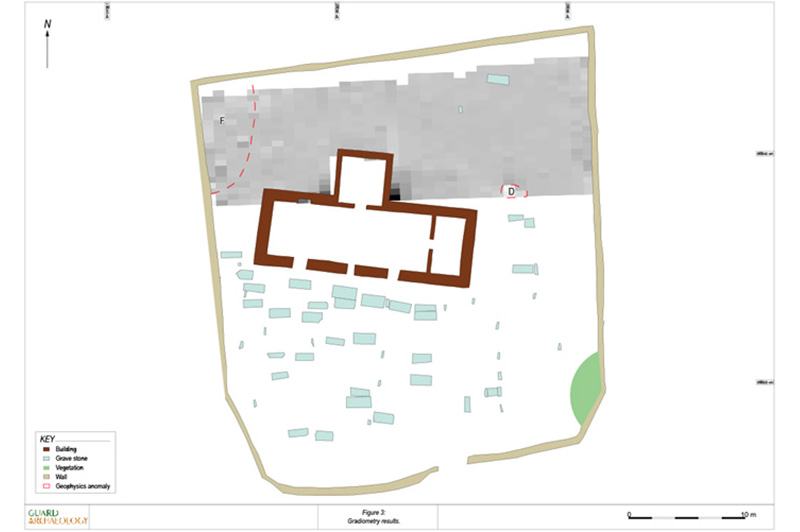